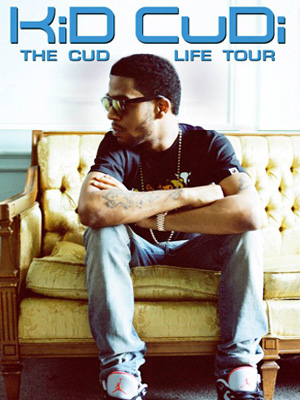 When I knew Kid Cudi was coming to France to tour « The Cud Life Tour », I must admit that I jumped to the ceiling ! I was delighted that it stops with us to present his songs on stage. When I learned that he would perform under Rock-en-Seine, I quickly became disillusioned ! Those who follow me regularly suspecting : I have never attended a festival (there is a first for everything you will say) and I tolerate bad enough "multiple trays". So I did not take place ! Especially since some artists may cancel their attendance at the last minute ... AT 49 €, the day, it's still a price to pay.

But he has not canceled ! So, Imagine my joy when that I won a pass for Friday 26 August Rock-en-Seine thanks to site Facebook I Am Cuddicted (www.iamcuddicted.com) - I was totally excited about going to applaud, thinking it would be my first musical experience in festival ! Haha ! At this moment, I did not know that it would also be the last ... ! Lol ! 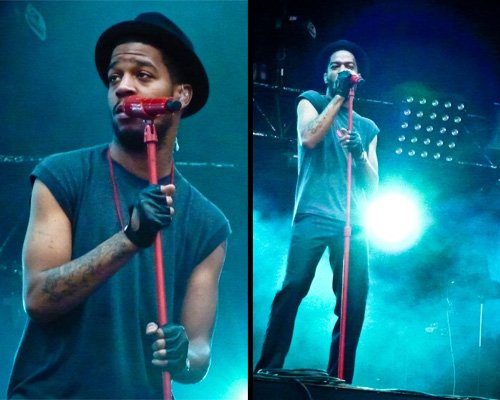 I arrive in the afternoon at the Rock en Seine at Saint-Cloud site. I definitely want to be at the forefront, left to discover and / or support the two previous groups who live Kid Cudi : Biffy Clyro and Herman Dune. I remember the extreme adulation of the crowd for the first and for the second regular yawns : nothing special ! After a few hours of ultimate pressure in the pit ... is the drama. I did not understand what happened in the public : a wave of hysteria was spilled on the stage of the Cascade ... Finally Yes ! I have my own idea ! 15h, opening doors, up to 18h, hundreds of beers and substances of all kinds have been ingested by most viewers and I guess they probably started to feel the effects: alcohol and weed were the real headliners of the festival.

Moreover I took the opportunity to convey a message to teens prepubescent soaked in sour wine of at Lidl : your body is not able to swallow anything but Champomy then leave it out ! Because if that's puke on me like this bitch filthy rotten to me that Italian evening "more" of my jeans dégueulasser, my backpack and my sneakers bag : so stay home and do not piss off the people who come to have fun. I actually avenged on my neighbors for the rest of the concert, well ... at that time, I think everyone has a little rant on his inner circle ! I have never seen that on a concert venue : it grows, it screams, it screams, it cries, I even saw a guy in another bite ! CREEPY ! I should maybe get a small audio compilation of all that I picked up while waiting ! Lol ! The concert begins in this apocalyptic atmosphere with great delay - probably related to public outbursts. With security department understaffed unable to fulfill its mission, it is dangerous to start when people are killing each other in the middle of the pit ...

opening on «REVOFEV» – title on which I struggled to hang at the launch of the album, but that is just perfectly cut for live ! There's a lot (too much ?) piped into the public, and already I hate my neighbor who feels obliged to dance in 2 cm²… Lol ! In any case, Cudi's great class and I'm really happy to have remained despite the ordeal that preceded (and which still eh, do not believe it calmed down). « Scott Mescudi VS The World » and « Soundtrack 2 My Life » are really powerful and the entire public uses the. He took advantage of the end of the title to launch a " Hello ! It's okay ? Things are going well ?! » with a slight Mediterranean accent - we see it spent a few days in the south before coming to Rock-en-Seine ! Haha ! I love the musical additions to the scene, it gives another dimension to pieces ! S’en suit « Ghost! », first moment of calm that allows me to take some pictures. Petit interlude for piano « Mojo So Dope », making the new hysterical public with the famous « Yep we live it, live it ! Yeh we on it, on it ! ».

New quiet moment with « Marijuana », which is one of the titles that I like most about the album « Man on the Moon II: The Legend of Mr. Rager ' whose introduction is completely insane with percussion phew ! and there, mild discomfort ... No me neither ! On the scene ! With the departure of delay, we must reduce the setlist ... Arg ! So we forget the usual : «We Aite», « Up Up & Away », « Man On The Moon », « Erase Me », «Hyyerr» and « All Of The Lights » to jump to « Mr. Rager '. Suffice to say that I have the balls : « Erase Me » and « Up Up & Away » are among the titles that I like most and I am extremely disappointed in the way things are things ! But would stay again ! Lol ! "Mr Rager" so, followed by the surprise of the evening : the « Muchomegamix » (« CuDi Zone / Memories / Day ‘N’ Nite »). It is currently my favorite ! On the, because I really appreciate « CuDi Zone » and two, because I did not expect at all that he does as a piece « Memories » on the scene ! This is one of the passages I have chosen video to illustrate this article : it transcended me ! Haha ! I love his unsheathed and his body language – it makes me too kiffer ! The concert ends « Pursuit Of Happiness », there down near the public for a few hands checker – including mine ! He also almost ruined my hand with his studded glove. And it's over.

The concert lasted so… 40 minutes ! OUCH ! And the results ... well it is necessarily mixed ! artistically, I loved his performance - it is really great on stage and I cross my fingers for review "in room" for a show of his own – titles have been chosen and live reorchestrations really offer another dimension to pieces. But kidding it in the blender "Rock en Seine" and it gives you a really shitty cocktail finally ! The setlist was amputated many songs, including "Erase Me" and it, I never would hand me ! Lol ! The atmosphere was still sucks in the front row : there is a boundary not to cross what… I went home full of vomit my business and I was bleeding in several places from the beating that I took during huuum ... about 6 hours time !

So here is, I gave festivals, I went back there more, or at least not to an artist dear to my heart : I know I would take advantage not. Make a Kid Cudi, I hope to have another opportunity to see him again and I thank I Am Cuddicted for giving me a place, because I do not regret one second of going there ! It will remain a memory really remarkable at all levels ! Lol ! I leave you with the photo gallery and videos hoping they like you – for I confess that it was difficult to get something out of this mess ! Do not hesitate to let me find out Facebook, Twitter and Instagram to discover many other chronic concert ! 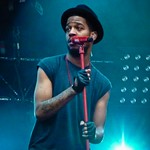 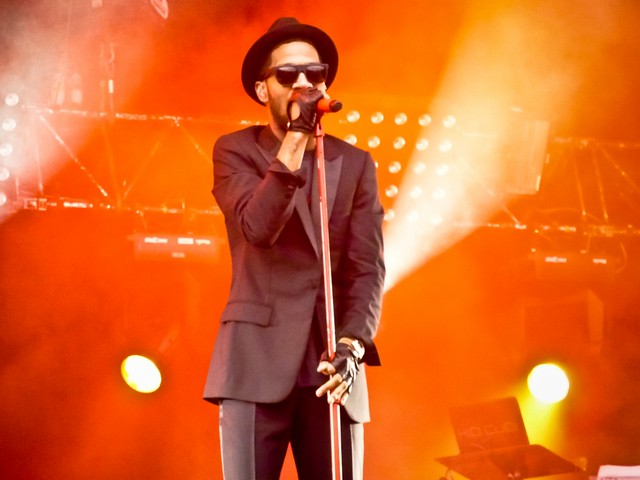 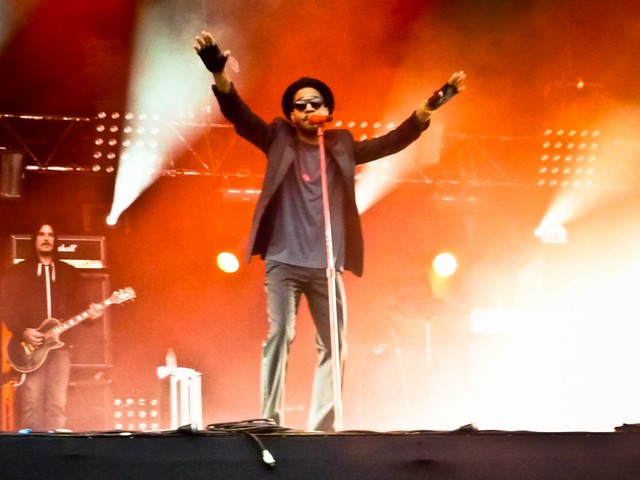 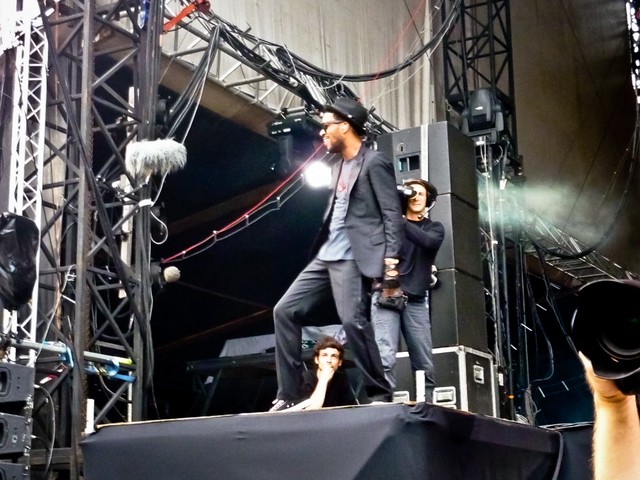 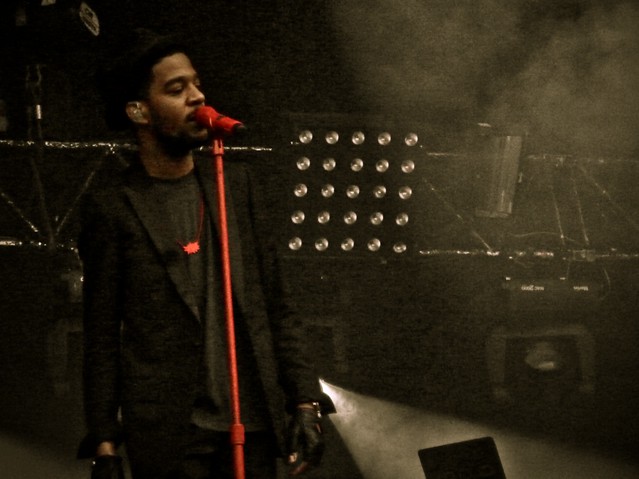 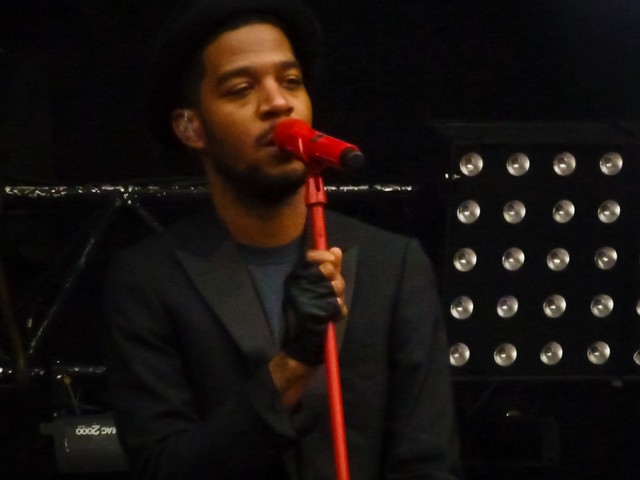 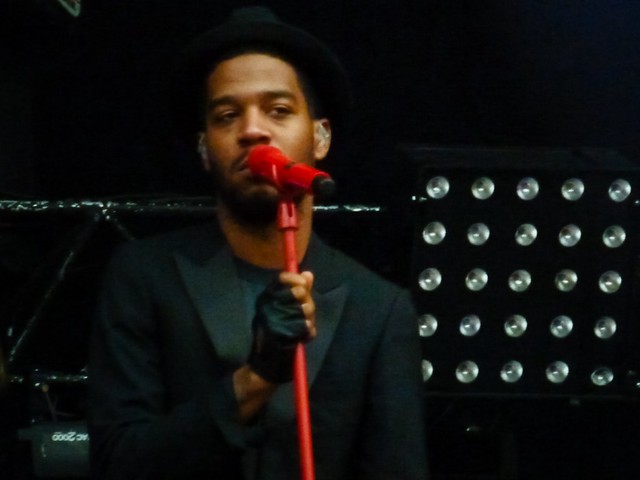 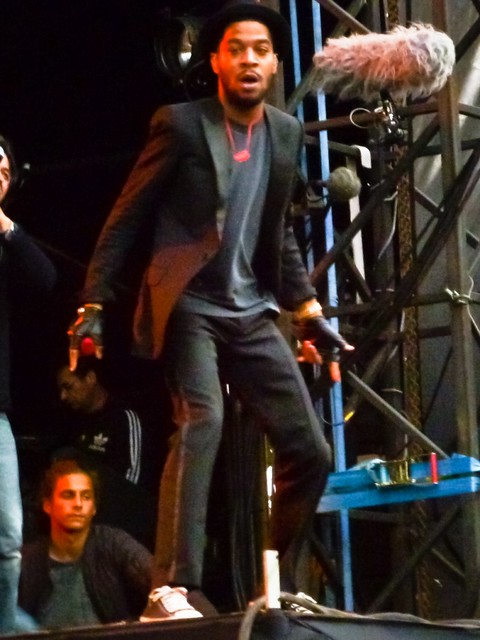 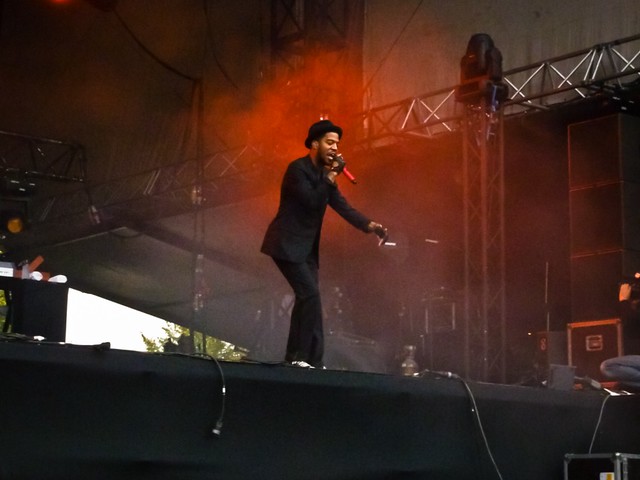 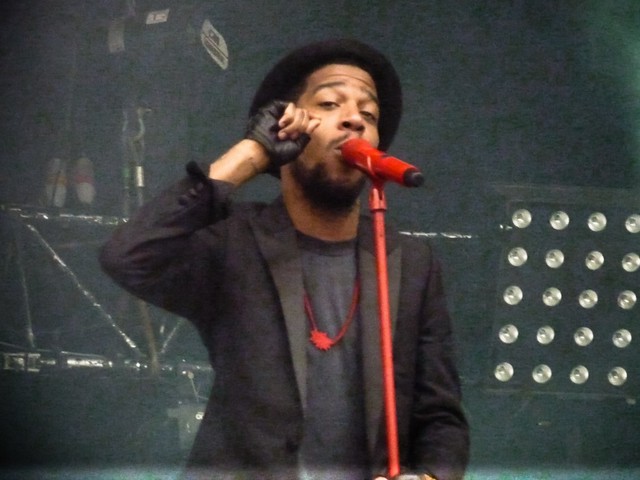 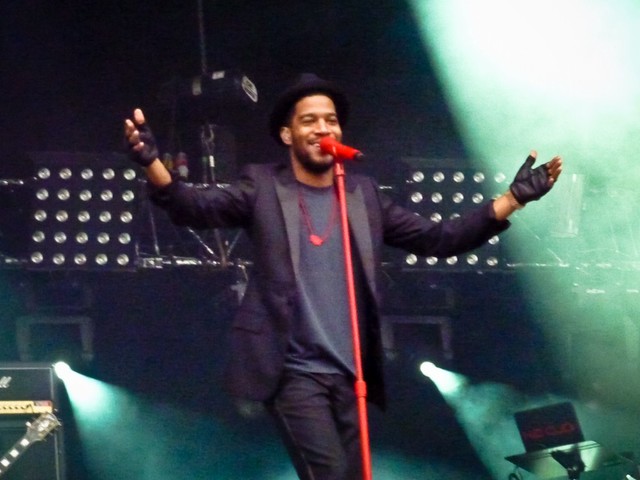 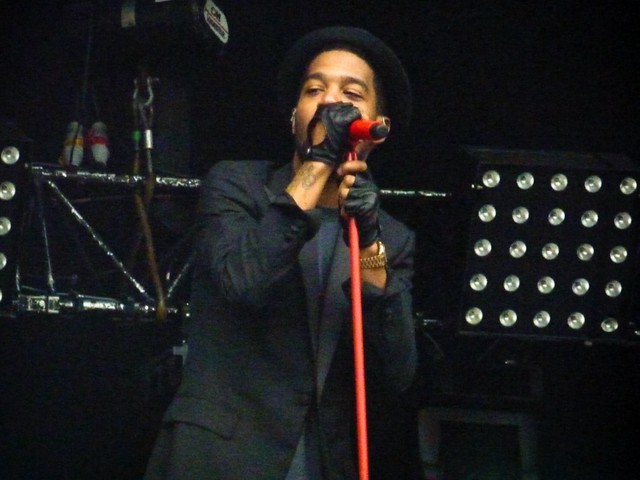 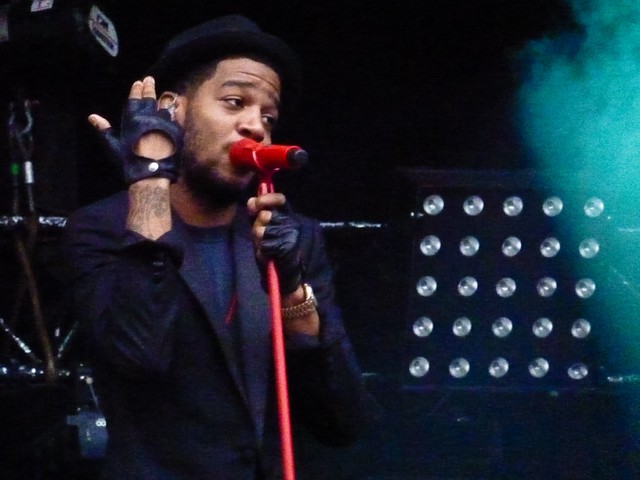 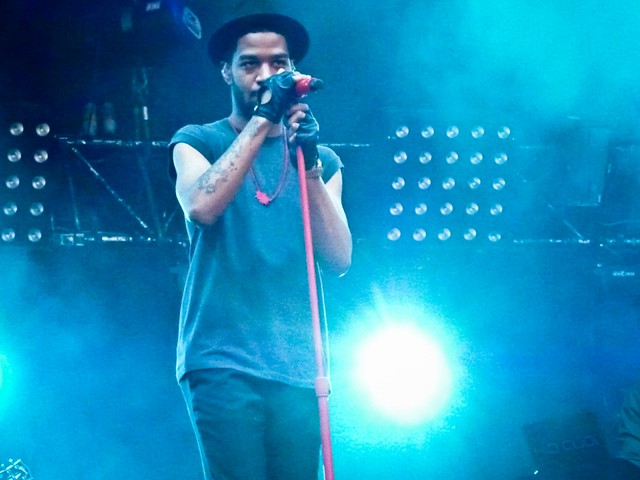 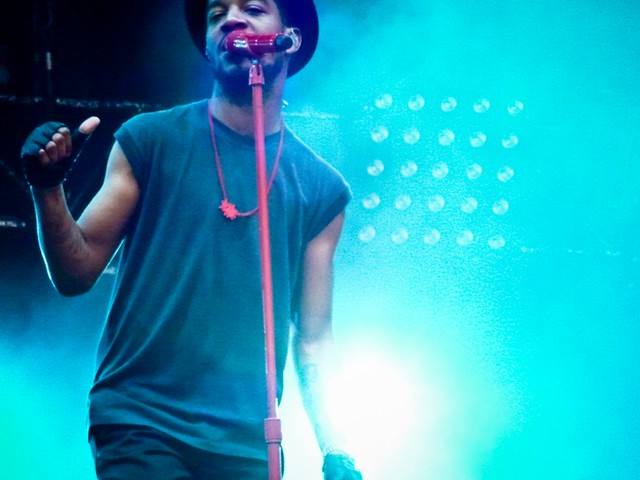 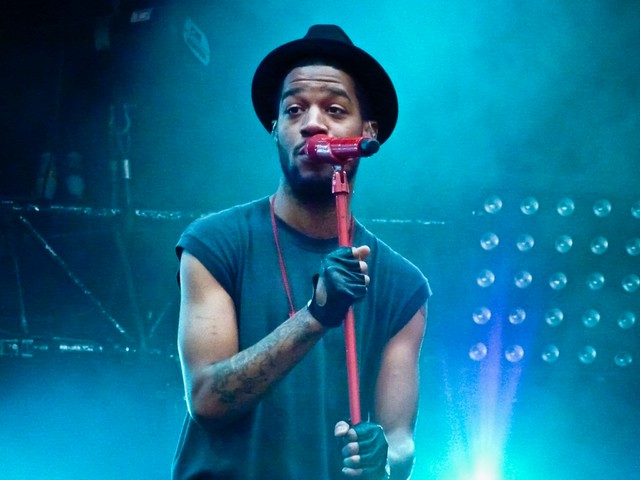 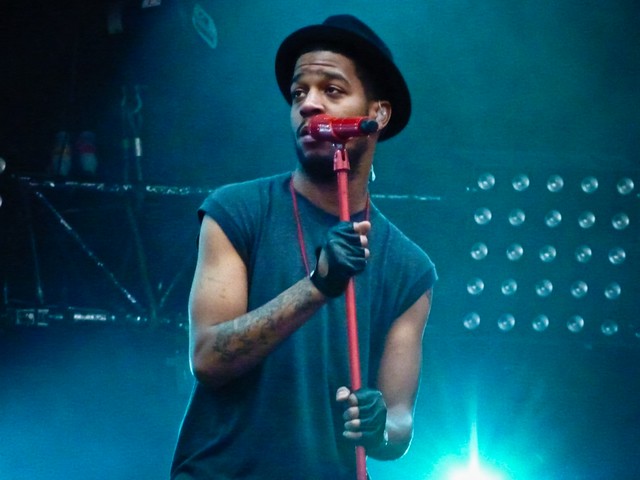 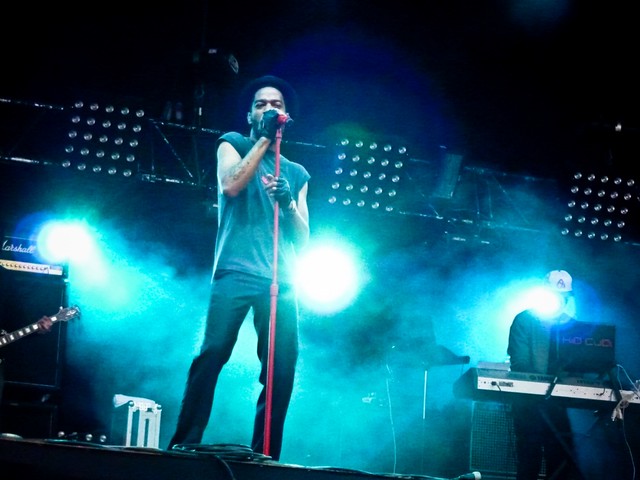 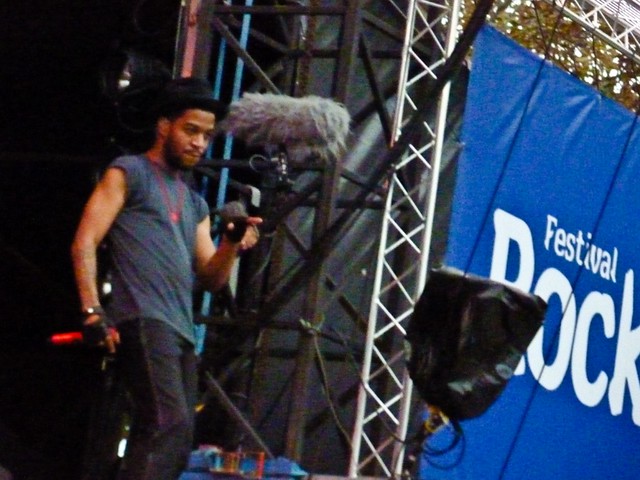 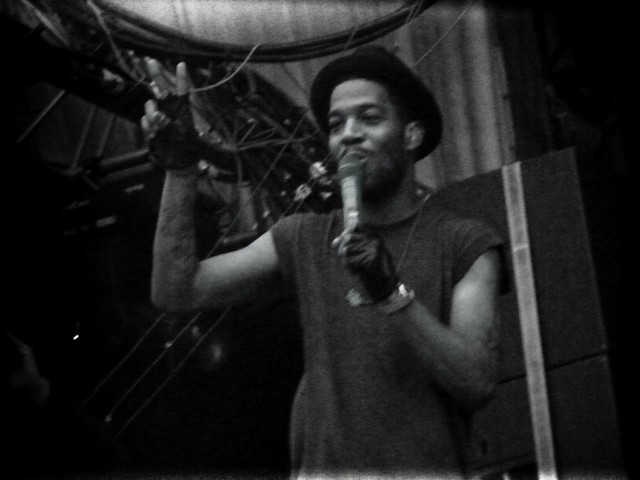 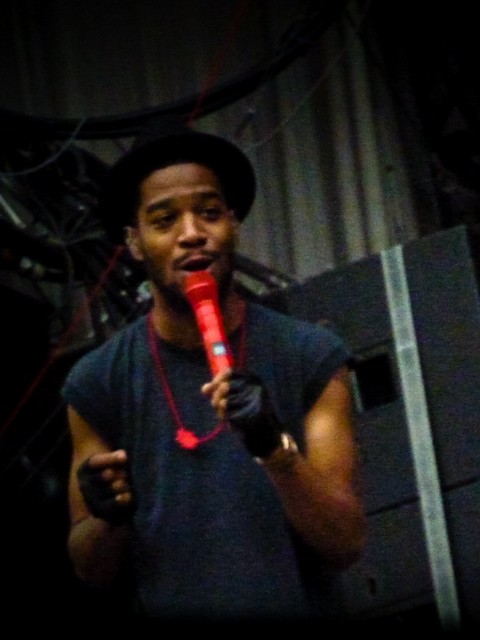 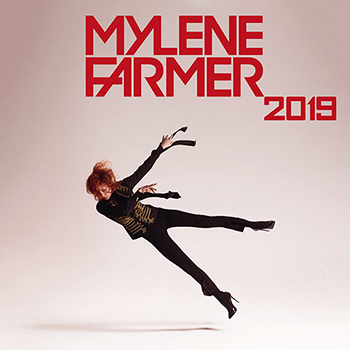 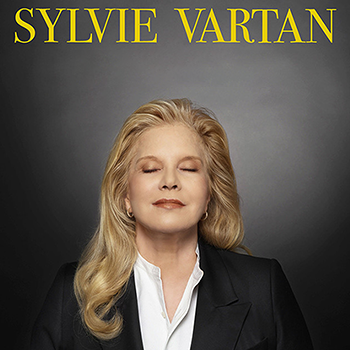 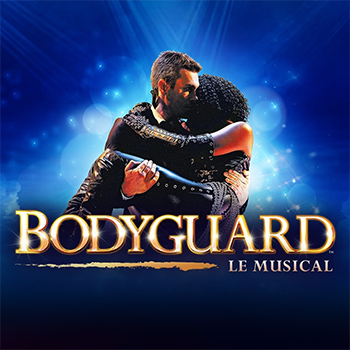